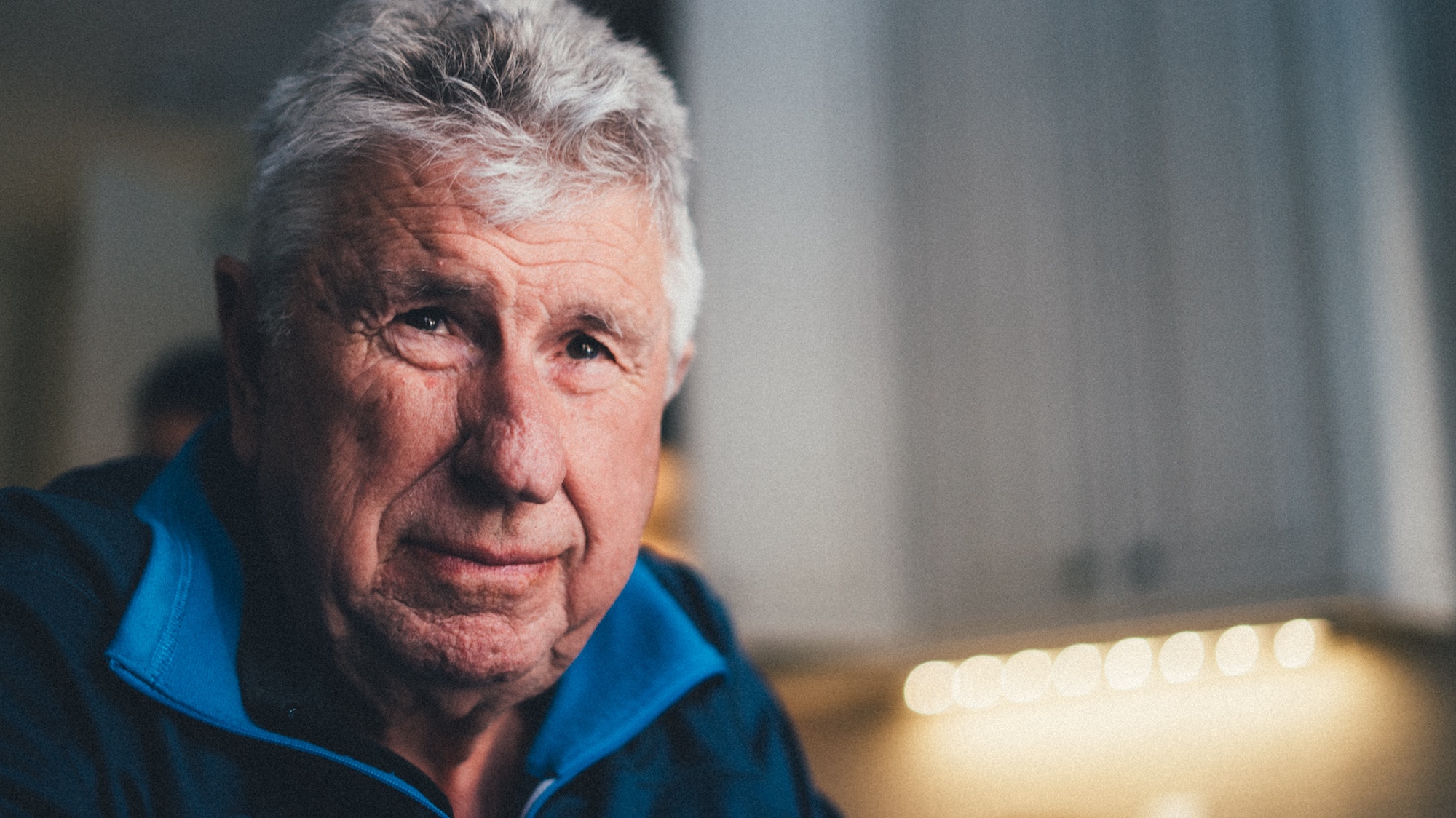 “It wasn’t until I was 53 years old that I finally surrendered to God.”

Frank called us this week to share his story, which reminded us so much of our own stories. So many of us here at Daniel Fusco Ministries know what it’s like to run from God….and find God’s love waiting patiently for us when we’re done running.

With his commanding Bronx accent, Frank told us how he grew up in the Roman Catholic church. Even though he believed in God at a core level, at a young age, Frank told his parents he refused to attend church anymore. And for the next nearly-50 years he didn’t want anything to do with a church of any kind.

Frank experienced suffering from an early age, too. His parents divorced when he was 5, and in 1971 his mother nearly died in a car crash. That affected him deeply. Frank turned to drugs and alcohol to cope, and when he was old enough he decided to join the marine corps.

In 1981 Frank moved to Los Angeles, California, and began living in a homosexual partnership, which lasted for nearly 30 years of his life. During that time, although Frank still resisted the idea of organized religion, his curiosity was piqued by Bible teachers on the radio…he didn’t know what was happening, but God was communicating to him that belief wasn’t enough – God wanted his whole life. Click To Tweet

“I knew I was living a lukewarm life,” Frank told us. Something wasn’t quite right. So in the fall of 2011, Frank finally surrendered whole-heartedly to the Lord.

The crazy thing, Frank said, is that God didn’t force anything on him. “God waited until I was ready. He’s such a gentleman like that.”

For a long time, Frank had resisted the idea of going to church because, to him, it seemed insincere and hypocritical…something many people think about the church when they aren’t plugged into a healthy church body. But the Lord transformed Frank’s perception of Christianity by showing Frank how genuine God was! Frank said, “God was so for real. I loved that Guy!”

God’s love for Frank not only started transforming the way he saw the world, but his love was satisfying Frank’s deeper longings. It allowed Frank to know real freedom from addictions he’d battled for years. “I said I was going to do cocaine until I died but cocaine was an idol…and I told God I would stop living for idols. So God totally took away my addiction after I surrendered to him.”

The radical changes God made in Frank’s life are something he offers to any and all of us who submit our hearts to him.

Frank has been listening to our messages for years on podcast apps like CashBox and iTunes because he loves studying the Bible and how it applies to his life, but he appreciates “keeping it real” at the same time…And because of his consistent spiritual growth, Frank is now looking for a church to attend regularly and become part of the body of Christ in a more significant way.

Frank’s story encourages us because it reminds us of the truth we learned when Jesus first saved us…and it’s the same truth we still desperately need everyday, no matter how long we’ve been walking with him. It’s this: All of us are lost, but Jesus loves lost people. And He welcomes everyone…no matter where you’re coming from, to come to Him, and experience amazing, abundant life.

If you liked Frank’s story, you will LOVE my friend Scott’s story…it’s a story of God’s radical redemption! Check it out here!