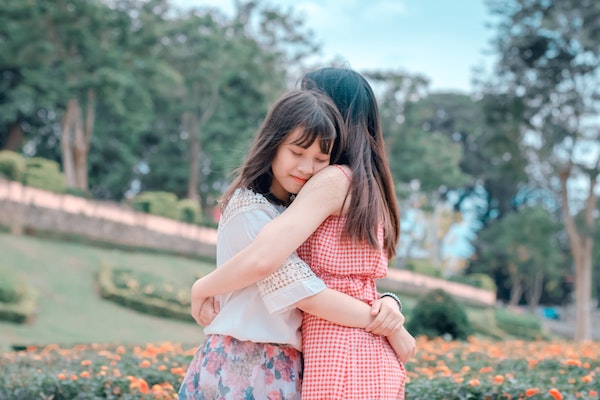 “I was beyond shocked. I knew that a miracle had happened!”

In the midst of our most challenging experiences, so often we can feel like we’re in a fog, desperate for the light to break through. For more than ten years, Lori and her adult daughter Shanda knew what it was like to live in the fog of chronic illness. With no end to their suffering in sight, Lori and her daughter began to lose hope.

In 2007, Lori was diagnosed with chronic lymphocytic leukemia, which was rapidly worsening. At the same time, Shanda was battling clinical depression and began to eat less and less, her weight eventually dropping to less than 100 pounds.

Lori and her daughter moved together from Texas to Washington state in 2012, and nothing seemed to be getting better…They lived in ongoing suffering with no significant changes for several years.

About a month ago, Lori was watching late night television and flipped to the end of a live concert. Before the room went dark, she saw beams of colored lights cutting through the fog and haze – an image that reminded her of her own experiences. The following program was the Real Show.

“Pastor Daniel spoke to my heart that night,” she said. “It was like he was speaking directly to me and my experience of doubt, anxiety, fear and hopelessness!”

Lori gave her life to the Lord. And although Lori was incredibly ill, she felt a deep conviction that she needed to help her daughter too. She said, “Pastor Daniel made it so simple. I knew I had to be the prayer warrior even though I was sick as well. So I started praying over my circumstances and my daughter.”

Shanda arrived to stay a few days with her mom shortly after Lori watched the Real Show for the first time. She said to Lori, “Mom, God doesn’t love me. Why is he making me go through this? Why is he not healing me?”

When Shanda left her mother’s house and arrived back at hers, she tried to take her own life by overdosing on antidepressants. Her father-in-law found her on the floor and rushed her to the hospital, where she was in a coma for three days.

“That was when I knew I had to pray like I had never prayed before,” Lori said. “I prayed out my doubts and my anxiety and just kept praying until I couldn’t pray anymore!”

As she was praying, Lori looked out her window into a morass of thick fog…Beams of light from an event somewhere were slicing through the haze, just like in the concert she’d watched on TV the night she committed her life to the Lord. As she was praying, she received a phone call from the hospital letting her know Shanda had pulled out of the coma!

She spoke with her daughter on the phone, and Shanda said, “This had to happen to me, Mom, in order for me to listen to God!” Lori said, “Right as my daughter was talking, I saw the fog outside my window lift. I was beyond shocked. I knew that a miracle had happened!”

The miracles didn’t stop there…the next time Lori saw her doctor, he declared her cancer free! She said, “It was Jesus. He healed me not only from my cancer but from my fear and doubts!”

In honor of the work of God to rescue them both physically and spiritually, both Lori and Shanda are preparing to be baptized within the next month.