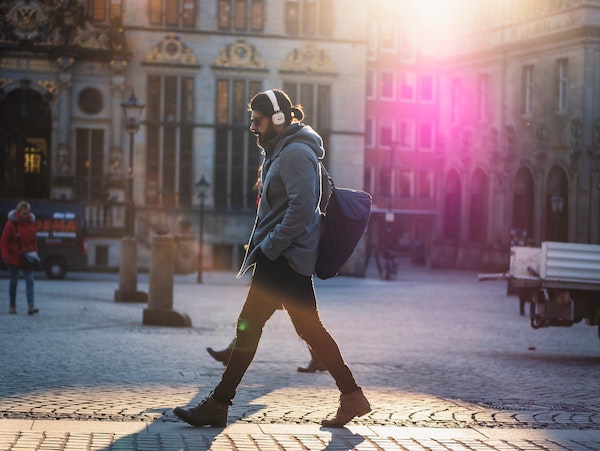 “I didn’t take God seriously. I was just playing the game.”

We all know how easy it can be to convince others, and even ourselves, we’ve got it all together. That’s exactly what Steve did too, for a long time…Although he grew up in the church, Sunday mornings were nothing more than a social activity to him, not any place he found deeper purpose and meaning.

“I didn’t take God seriously. I was just playing the game,” he told us. “I acted like I had it all together, when I really didn’t inside!”

When Steve was 28, he began to give his full attention to God for the first time. Steve’s dad, with whom he was very close, died unexpectedly. After his dad’s death, Steve started to go back to church. Before long, he married a woman who didn’t follow Jesus, and he ended up returning to a lifestyle where his faith in God took a backseat. “I just put Jesus on a shelf!” he said.

Feeling unfulfilled and unsatisfied, Steve sought fulfillment everywhere except in the Lord. “I bought expensive cars and houses, and I was just living to make money and have nice things,” he told us. “That was my priority. I forgot about the Lord, and I didn’t care about anything else.”

When Steve’s wife asked him for a divorce, he was completely devastated. He said, “I came to the end of myself. I felt overwhelmed by darkness, and I couldn’t see the light.”

Steve said this was when he knew he either had to “give up his worldly desires, or he had to give up believing in God.” And he just knew it was time to be all in. He gave up his pursuit of possessions and began to search out what it meant for him to live for Jesus. That’s when he first encountered Daniel Fusco Ministries.

Steve heard Pastor Daniel teach at a conference in Oregon, and he said, “I knew the Lord was speaking to my heart and soul through this man!”

Now, Steve is headed down a path of transformation in Jesus Christ. He’s attending a Bible study weekly and involved in a local church twice a week, and instead of remaining overwhelmed by darkness, he feels overwhelmed by a desire to know the heart of God.

“I am finally becoming the man of God that I am meant to be!”  Steve said. ”Now God has my full attention. I know as I focus on him first that everything will fall into place!”

Steve is learning to trust God with the unknowns of his life, and he’s also doing everything within his power to walk faithfully in the circumstances and choices he does have control over. As Steve steps out on his own journey with Jesus, we’re reminded too that every journey is a process, as we walk with the Lord, one step at a time…but when we make those small choices day-in and day-out, we wind up with a life of no regrets.